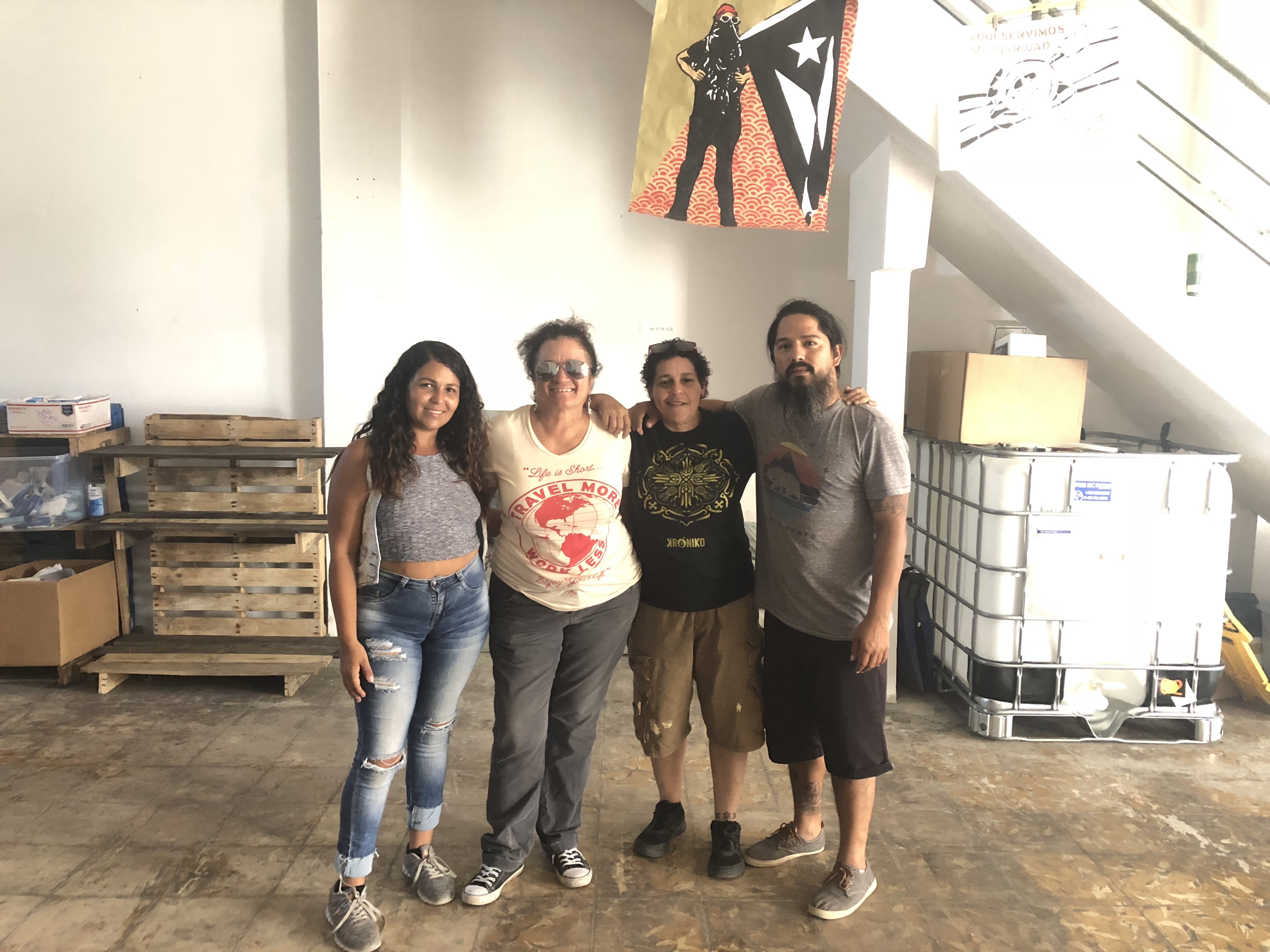 (so what happens once donations are made, then what?)

Now what happens with your donations?

A disaster happens,people react, then get together to host a fundraiser, donate what was raised to org’s of choice, and then what?  Like many donors I have questions on what, when, where, who and how funds are used once they’re received. What goes to administration, how are the resources purchased and distributed, who benefits, and so on.  Here’s a definition of grassroots in order to give a context to the topic we’re discussing:

“A grassroots movement (often referenced in the context of a political movement) is one which uses the people in a given district as the basis for a political or economic movement.[1] Grassroots movements and organizations use collective action from the local level to effect change at the local, regional, national, or international level. Grassroots movements are associated with bottom-up, rather than top-down decision making, and are sometimes considered more natural or spontaneous than more traditional power structures.” Provided by Wikipedia.

Now, I’m not writing this post to discredit or $#!+ all over major org’s like American Red Cross or FEMA (though I’m not much of a fan of either) but I’m sure the same question pops into your head as it does in mine, “How are donations being used?” So the Escape Artists team along with Arte ó Muerte, Nia Andino reppin’ U.S.V.I + Natalia Soto reppin’ Mexico, Vive Borikén, Art Culture NYC and over 40 visuals and performing artists came together during the holiday season to raise funds through arts & entertainment. We raised near $3K for four groups: two in P.R., one in Mexico and one in U.S.V.I. We wanted to share in holiday spirit good vibes and support our fellow communities through a fusion of culture, hence “Culture Fusé.”

Originally I was heading to P.R. for my honeymoon on September 18thbut due to Maria I had to reschedule for January 16th because: a)the cost in flight difference from the original ticket was over $2k during the months of September through December and b) I wanted to go after hosting a fundraiser which I knew was going to happen before the end of the year. With this new trip I was nervous on what I would see but excited to meet with the groups working on the ground within their municipalities to make sure their families and neighbors received food, clean water, access/guidance to filling out FEMA applications, lights, fans, batteries, filters, clothes, hygiene products and supplies for homes needing tarps and minor fixings. I began documenting my travels as soon as I left NYC (recap video coming soon) collecting images of both the work that’s being done along with the impact still visible from the affects of Hurricane’s Irma & Maria.

So what’s the goal of this trip?

I like to look at this project as bringing everything into full circle where we learn the who’s, what’s, when’s, where’s, why’s and how’s of results to gain insight to a progression of success. Now I’m not saying our fundraiser solved all problems to the point of completion for the grassroots we’ve raised funds for, but, to know the process of the donations and the execution these local groups are implementing make it important for us to be aware so we can continue in providing supporting with each other.

Who are we speaking with, where are we going?

As soon as my husband and I landed we went out that very same day to visit family, friends and business owners. I wanted to check in locally and see how are things progressing. A few days later we drove out to Mayaguez to meet in person with Brigada Solidaria del Oeste and CAM-U in Utuado, the two groups in P.R. that we raised funds for during Culture Fusé. During our road trip that started in Fajardo we stopped at each town along the way to grab a bite, cafesito, a souvenir, talk with residents and document. We almost made it around the entire island, including Vieques. But driving in the south has a lot more mountains so the boo just couldn’t stomach another high road. We’ll just have to wait for the next trip to make it to Ponce and others.

We woke up early AF, went out to grab coffee and breakfast to then head to volunteer with Brigada Solidaria del Oeste. We got lost immediately. Not sure why or how addresses were created in P.R. but they definitely are not structured as a grid. After 30 minutes with GPS still being a problem (as it was throughout our whole trip) we finally found it (thanks to my Spanglish and Christine from the Brigada locating us).  It was an intimate crew of 7 already cleaning up, packing and waiting for us to separate donations. After introductions we began work. Got to say, they’re all super sweet and love, love Puerto Rico. I grabbed some footage, interviewed, talked politics with the team, had lunch as we worked and interviewed a nearby non-profit ESTANCIA CORAZON who Brigada has joined forces with for distribution of clothes, meals, water and focusing on needs within the area. I grew even more of an understanding as to their lives, the impact of Maria and how together with others they will rebuild Puerto Rico to be sustainable, a different political structure of a nation not defined by the U.S. terms of a territory. When talking about sustainability they expressed the need for each person in P.R. to have their own basic resources so they don’t have to rely on groups such as FEMA or any other Government Agency due to inaccessibility, lack of funds or any other inexcusable reason for people experiencing a humanitarian crisis and not having access to natural resources.

Their first phase provided basic needs such as food, water, shelter, hygiene products and clothes. The second phase will be a longer process but one that will reap lasting results. By creating seed beds, water tanks, skills to build and sow, each one can survive and take action under various circumstances. This is where our donations from Culture Fusé is being put to work.

We were already nervous heading out to Utuado but now with a 2.5-hour drive and the sun soon setting it added to our weary minds. We didn’t know what we were going to see, or not see, since the area is still almost completely in darkness.

After beautiful mountainous roads and a pretty smooth ride, we arrived at the pin our contact’s house of CAM-U group. But we ended up at a construction site. Reception was tough and I couldn’t get a hold of her for a bit so in between calls and What’s App texts, I took photos and videos of the river right in front of us. Finally, we connected and she told me that was the original way but now we’ll have to take another loop around to get to her. When we got to her house it was immediately the cutest house I’ve ever seen. Whole house intact. After how bad this area got hit it’s a surprise her home didn’t have any physical damage since it’s made of wood. Then I noticed her backyard is the river. That’s when she explained that Google Maps isn’t updated (or pretty much any map or app) on the collapse of all the bridges in Utuado during Maria. This topic transitioned us to discuss CAM-U and the efforts this local grassroots has been executing before, during and now after the recent hurricane season. Between focusing on education, sustainability, holistic services and community gatherings, I admire the work they’ve been able to accomplish considering the minimal resources they have as they wait for their 501-c3.

So after brief convo, meeting her family, neighbors and brand new kitty she found after the hurricane, I went inside to interview her quickly before it got too dark. After asking all questions and great convo I didn’t even realize how dark it got and Juanita was in Silhouette. Hopefully this doesn’t look bad in our Culture Fusé recap but it shows the reality of lack of electricity throughout this area. We talked a little longer but at this point the sun was setting fast and we didn’t want to get caught driving in the dark.

We did get caught in the dark, and though it was hard to see the full scale of impact we were still able to see homes damaged, roofs gone, no lights, very few people with generators, on a desolated road where sometimes we saw a person sitting in front of their home alone or every now and then a car speeding by.  It got emotional to see and know that 4 months’ later people were living feeling alone, no power to cook and even more so no water to take a nice cold shower. After driving on the old 10 for a bit we couldn’t take the narrow winding dark roads alongside the mountains any longer so as soon as we saw a pickup truck we asked the driver for another route. He told us he was visiting his grandfather and he knows the area well so he offered to direct us to the new 10. Though it was tough to keep with his speed we made it to the new 10. We thanked him mucho and continued our ride back east to our family’s home.

Though we didn’t get to volunteer with Utuado since they were having activities later in the week after we were leaving, we did get to learn more about the town, how CAM-U was created and insight into the living situations of Juanita and others. They’re still in recovery mode and working on ways of sustainability through farming and creating access ways to clean water. This is what current donations are being used towards. We were happy to bring the check from the fundraiser to them in person but next time we gotta get our hands dirty too.  Would love to stay with them and work a few days at their camp.

Our trip was filled with bittersweet to and from and back again. Including a last minute decision to Vieques (which was really tough to see the difference from a year ago to now). While P.R. is still a place to visit remnants of the hurricane are still evident in many areas through out the island. From roofs being designed with tarps, trees uprooted, houses collapsed, businesses closed including major corporations, beaches eroded, debris laying in clumps in corners, sections of El Yunque and Taino caves being closed off still, electric poles knocked down with wires loose, signs blown out and bridges collapsed. Even among all this pain and visual sores of reminders, Puerto Rico is still beautiful  and there’s still plenty to see and people to meet.As we moved along our travels we continued to talkwith people and pretty much many were optimistic, smiling and would say “Se levanta” and “Pa’lante” which has become the chants of my other home, the movement for us to rebuild.

How will you get involved with grassroots? Of course you can google a few on your own or you can just click HERE to learn some missions happening on a world-wide scale. Or You can choose a group right in your backyard, here’s one in NYC. Get your hands dirty, become familiar with the work they’re doing and you’ll be surprised at what you learn with the culture surrounding their movement.

Hope to see you at one of our events, community meet & greets, or with one of the above grassroots!

Sorry, the comment form is closed at this time.